Do you know how to recover a deleted WhatsApp message from the sender on the iPhone? Here’s what you need to know to make a try. In today’s guide, I want to respond to the many requests that I periodically receive from iPhone owners regarding the WhatsApp messaging app.

Since there are many requests and there is a lot of confusion on the web, I decided to publish a simple, clear and affordable article. So below we will go to see if and how it is possible to recover deleted WhatsApp messages on iPhone.

Is it possible to recover deleted WhatsApp iPhone messages?

As you know, some time ago WhatsApp introduced the possibility of revoking messages sent by mistake or by mistake. Each user, after sending a message in a chat or in a group, has up to 68 minutes to revoke the message (and therefore delete it to make it illegible), even on the recipient’s phone.

It is clear that if the recipient has already read the message, the damage is done, but if the message has only been delivered and has not been read, it is still possible to remedy the damage and cancel it remotely. As long as no more than 68 minutes have passed since sending.

The “problem” of this function is represented by the fact that on the recipient’s phone when a message already received is deleted, a written notification remains that the message has been deleted by the sender. In practice, the recipient will know that a message has been sent and then the sender has decided to cancel it, revoke it and remove it so that nobody can read it.

The recipient in this way remains dry-mouthed: he knows that someone has written a message, but he does not know what was written in that message unless third-party applications are used to get around this limit which allows to know what is there ‘was written in WhatsApp messages that the sender has canceled or revoked. So if you too have received some messages on WhatsApp that someone has deleted remotely and you are dying to find out what the content of the message was, in this guide, we will clarify once and for all on the subject and try to understand if it is can recover deleted WhatsApp messages from the sender on the iPhone.

Let’s not waste any more time and let’s start!

Without too many words, I would say to go straight to the point. If you have an iPhone and you need to recover the WhatsApp messages deleted by the sender on this device, I don’t think I have good news for you: currently, there are no apps capable of completing this task.

The reason is simple:  iOS (the iPhone operating system) does not allow system notifications to be read by apps created by third-party developers.

This means, in practice, that it is not possible to use a trick similar to that seen for Android due to the security restrictions imposed by Apple. In a nutshell, therefore, it is not possible to recover or read WhatsApp messages deleted by the sender on the iPhone. You can read the alert to know that the sender actually deleted the message, but you are unable to know that message.

Until Apple changes its policy, there is nothing to do, I’m sorry.

Some guides that I see on the web offer users to try to get around the “problem” by restoring a previous backup of WhatsApp, but I can guarantee you that in 99% of cases you will only end up wasting time and messing up your phone.

I’m sorry, but if you have an iPhone it is practically impossible to recover the WhatsApp messages deleted by the sender. The same thing, of course, applies to the speech that concerns “recovering deleted WhatsApp photos from the sender”. On Android, it is possible, on iOS and iPhone no. many Mobile app development companies trying to build such applications but not yet success.

In case of any change or improvement, I will surely update the guide article. At the moment, however, there is not much to add. For any doubt or question, however, you can leave a comment at the end of the article, I will reply as soon as possible. Stay updated with Freepcware 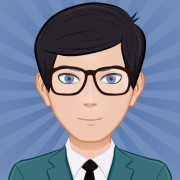 A Professional Software Engineer, Tech Author who talks about technology and innovation in the world of hardware and software. His expertise is in programming languages, development tools and building enterprise application development. You can reach him on social media.

LinkedIn and the Recruitment industry

Why should I use the WordPress theme on my website?

How to use Flipboard in brand building for your business?

Check Also
Close
Find us on Facebook
Find us on Facebook
Categories
Facebook Twitter WhatsApp Telegram
Back to top button
Close
Close
We use cookies to ensure that we give you the best experience on our website. If you continue to use this site we will assume that you are happy with it.Accept